Approximately 92,000 gallons of gasoline were released over 60 years ago in 1948.  A site investigation conducted in 2000 revealed the presence of SPH at the site.  Remedial activities included hand bailing from November 2000 to September 2002.  A recovery system, utilizing a down-hole bladder pump, was then installed and operated until November 2005.  This system recovered approximately 316 gallons of SPH and 886 gallons of groundwater containing dissolved hydrocarbons. Groundwater is present in glacial till that consists of silty sand at depths ranging from approximately 20 to 25 feet below grade.

EcoVac Services was contacted to implement SURFAC® at this site due to the challenging conditions (i.e. presence of SPH under a roadway and building structure and ongoing presence of SPH despite previous remedial attempts) and lack of funds the state was able to spend.

SURFAC® was implemented at the site from November 2006 to January 2007.  SPH returned to one well after one year of monitoring.  Two additional EFR® events were conducted in April and June 2008 to remove the remaining SPH.

Currently, SPH is not present and the site is undergoing closure monitoring. 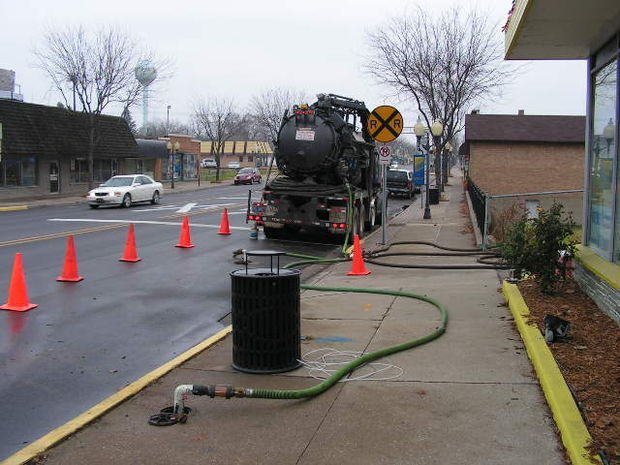